Early in life Judith believed her future would be as a pianist in classical piano and dreamed of fame singing opera or musical comedy.  In 1961, aged 18, she was ready to begin classical vocal training when, just for fun, she found instant success performing blues, gospel and jazz standards, also developing as a serious ragtime pianist.

On taking a new secretarial job at J Walter Thompson Advertising in late 1962, on her first day she met account executive Athol Guy who invited her that very night to join him, with Keith and Bruce, in some harmony folk singing at the local ‘Treble Clef’.  Their subsequent four-year fairytale story is now the stuff of legend, but Judith wanted to spread her wings in 1968, hoping to find Mr. Right and follow other musical paths – without any notion of the lasting universal grief suffered by Seekers fans worldwide.

The surprise for Judith was to receive “offers” as a solo artist after the news of The Seekers’ break-up, so she asked a London-based freelance musicians, Ron Edgeworth, to be her musical director and pianist.

Judith and Ron began an exciting musical adventure, full of surprises, lasting quarter of a century, recording albums with orchestras and jazz bands, and performing on international concert stages around the world, creating musical magic with a wonderful mix of  music, from folk to country, jazz to pop, blues to gospel, original songs and even classical.

With Ron’s blessing, Judith reunited with The Seekers for The Silver Jubilee tour and album in 1992 and plans were seriously underway when Ron was given the devastating news that he had motor neurone disease.  Ron didn’t want his illness to daunt the uplifting spirit already in motion for Seekers fans around the world.

Since that time, Judith has been National Patron of the Motor Neurone Disease Association of Australia (MNDAA) and many thousands of dollars have been collected by MNDA volunteers at The Seekers’ concerts all around the world.

Since Ron’s death in 1994, Judith has continued touring, recording and composing.  She is acclaimed as a gifted and versatile musician: as a singer (fans travel half way around the world to hear that legendary golden voice in concert); as a pianist, both ragtime and classical (A.Mus.A.); her exceptional talent as a lyricist and composer and poet (of inspirational and philosophical works) has been showcased in three powerful milestone self-penned albums ‘Hold On To Your Dream’, ‘Epiphany’ and ‘The Australian Cities Suite’; and the healing power of her voice and compositions has been widely documented.

Back in 2003 Judith celebrated her 60th birthday with her UK ‘Diamond Tour’ culminating at London’s Royal Festival Hall, which coincided with the international publication of Graham Simpson’s best-selling biography ‘The Judith Durham Story : Colours Of My Life’.

In 2006, Judith was invited by rock star Daniel Johns to guest with Silverchair on a track (“English Garden”) for their ARIA award-winning album ‘Straight Lines’.

Behind the scenes Judith has been an egg-free vegetarian since 1968, advocating a lifestyle that is non-smoking, environmentally friendly, decaffeinated, teetotal, drug free and cruelty free. Through her website and her production company Musicoast® she enjoys a passionate involvement in recording, composing, music publishing and the entertainment industry.

In 1995, Judith was honoured with the Medal of the Order Of Australia (OAM) for services to music, particular as an entertainer and composer.

More recently, Judith was awarded the Centenary Medal by the Governor General in 2003 for service to Australian society through music, and was honoured by Rotary International when she was invested as a Paul Harris Fellow in recognition of her work on behalf of charities.

2011/12 brought celebrations of Judith’s own 50th anniversary year in the music industry when Musicoast joined forces with Universal Music Australia for a bonanza of album releases and events:

To bring 2012 to a very fulfilling close, Judith happily joins Athol, Keith and Bruce in their 50th Anniversary year of celebrations, until December 2013.  There’s a special thrill for her in recreating The Seekers sound with Athol, Keith and Bruce, both in the studio and on stage.  Even though she intends to return to solo work in due course with quite a few albums still on the drawing board, it was impossible to resist the temptation to put on her ‘Seekers’ hat for all the fans around the world.  Judith, along with everyone else, finds it hard to comprehend that it is truly half a century since her voice became part of that unique blend that is now pop music history, and she marvels that The Seekers’ achievements have seen her acknowledged as Australia’s first international “pop princess”! 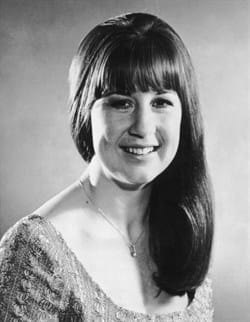 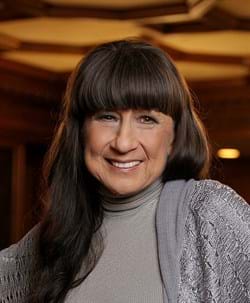