When we trace the history of contemporary Australian music, we find it is four young people from Melbourne who started the ball rolling internationally for all the other big name Australian artists.

Starting out as a folk and gospel group, The Seekers - featuring the golden voice of Judith Durham, Athol Guy, Keith Potger and Bruce Woodley - set sail in 1964 for a working holiday, totally unaware of the global fame and fortune that lay ahead.  They sang for their supper on a cruise liner, planning a 10-week turnaround based in the UK, and sent their album and photographs ahead. On arrival in London, agent Eddie Jarrett booked them on national TV shows, and in variety theatre and clubs all over the UK.

By February ‘65 the single reached No.1 in Britain, Australia and all around the world. The Seekers had created history as the first Australian group to crack the American charts and the UK ‘beat’ scene had been turned on its ear by these clean-cut Aussies.  The Seekers were named 'Best New Group' at the 'Top Of The Pops Awards'.

They toured internationally, with more chart-topping hits over the next three years: 'A World Of Our Own'; 'Someday One Day' written for them by Paul Simon; Malvina Reynolds' lullaby 'Morningtown Ride'; ‘Walk With Me’; 'When Will The Good Apples Fall?'; and 'The Carnival Is Over' which knocked The Rolling Stones' 'Get Off Of My Cloud' from No.1, by selling 90,000 copies a day!  [Note: In 2003 “The Carnival Is Over” was ranked No.30 in the UK Top 100 Best-Selling Singles Of All Time]

The Seekers' greatest hit, 'Georgy Girl', made them the first Australian group to reach No.1 in the USA. It was composed for The Seekers by Tom Springfield with lyrics by actor Jim Dale for the black and white movie ‘Georgy Girl’ starring Lynn Redgrave.  The song was nominated for an Oscar.

The Seekers starred in several Australian TV spectaculars: 'The Seekers At Home', 'The Seekers Down Under' (highest rating (67) music program in Australian TV history), and 'The World Of The Seekers' (for TV and cinema release) - all ratings triumphs. A concert in 1967 at Melbourne's music bowl drew a record-shattering crowd of 200,000+ - the largest concert audience ever in the southern hemisphere… representing ten per cent of the entire population of the city at the time!!

The Seekers starred in the New Musical Express 'All-Star Poll Winners Concert' at Wembley along with many other iconic Sixties legends like The Beatles, The Rolling Stones, The Yardbirds and The Who… and they outsold them all in the first six months of ’66.  Later that year, they sang in the 'Royal Command Performance' at the 'London Palladium', then represented their country at 'Expo '67' in Montreal in the first-ever satellite television broadcast to Australia, and were honoured jointly as 'Australians Of The Year 1967'.

But after much soul-searching, Judith Durham gave six months’ notice to the other three group members and their manager, and The Seekers’ final London shows in 1968 resulted in a live-in-concert emotional BBC TV spectacular ‘Farewell The Seekers’ watched by a tearful audience of more than 10 million people.  The Seekers had gone, but the inevitable “best of" album charted for a staggering 125 weeks.  Bill Wyman wrote that for the first time ever, The Rolling Stones could not debut at No.1 with their new album, because The Seekers ‘Best Of’ was outselling ‘Goat’s Head Soup’! 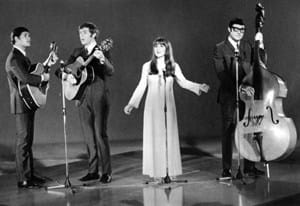 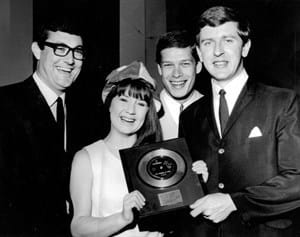 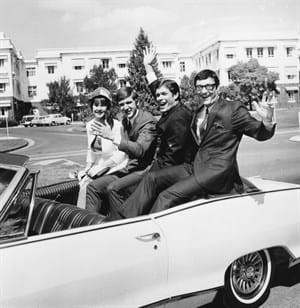 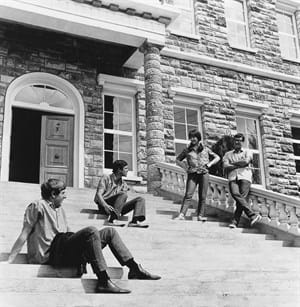