After leaving The Seekers in 1968, Bruce returned back to Australia not really sure what he was going to do after leading such a busy and high profile life with the Seekers. He quickly returned to the world of advertising, finding work as a freelance music writer with his old firm, John Clemenger Advertising, and soon built up a list of national clients for whom he wrote radio and television ‘jingles’.

The music and recording industry in Australia, and in particular Melbourne, was just beginning to fire up at that time, and bands and songwriters were beginning to make their mark.  Bruce set up a small office next door to the fabled Armstrong Studios in Albert Road, South Melbourne, and wrote and recorded his songs and jingles with legendary sound engineers like Ernie Rose.

During The Seekers years, the group had recorded several of Bruce’s compositions, including “Come The Day” and “Love Is Kind, Love Is Wine”.  In 1965, a brief collaboration with Paul Simon resulted in the million-selling hit single “Red Rubber Ball” by The Cyrkle, as well as “Cloudy” and “I Wish You Could Be Here”.

Bruce returned to songwriting with a vengeance, writing many songs with Melbourne musician Hans Poulsen, burning the midnight oil at Armstrongs recording demos which were later sent to local bands.  Their songs were snapped up by several top chart acts; The Strangers recorded “Lady Scorpio”, The Zoot had a hit with “Monty And Me” and Poulsen himself stormed the charts with their collaboration “Boom Sha La La Lo.”

In 1971 Bruce released his first solo album, entitled Just Good Friends and in 1974, he contributed to an Australian-themed album called The Roaring Days Vol. 1.

In 1987, Bruce wrote his now-famous song “I Am Australian” with his friend Dobe Newton of the Bushwackers.  Bruce instinctively knew that “I Am Australian”, with its theme of identity and belonging in a very inclusive way, would make its mark, but even he was surprised at the way it was embraced by millions of Australians.

The reformation of the Seekers in the early nineties was an important time for Bruce, marking the first time the original group had been together in 25 years.

Since then Bruce has carved out a career as a keynote speaker at corporate events around Australia, and often performs with his daughter Claire.  He continues to spearhead the “I Am Australian” initiative, and in 2000 and 2001 he enjoyed his involvement in community work and helping young children in need through his role as Chairman of the Variety Club of Victoria. 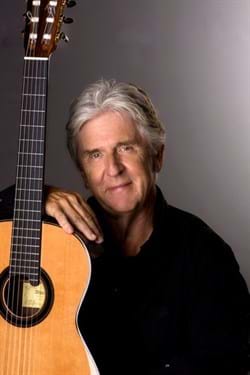